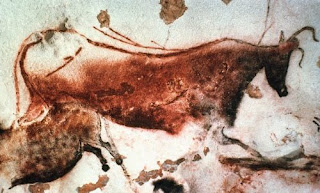 Click here to read Rapid Health Improvements with a Paleolithic diet from the Blog of Michael R. Eades, M.D...It might leave you questioning if the "person" who made an "oops" when they said it was dangerous to squat below parallel was the same "person" that said saturated fat is evil...hummm. A small excerpt is below:
...The Paleolithic diet data indicates that early man ate more saturated fat than he did carbohydrates. And he was molded by the processes of natural selection to thrive on such a diet. When he bolted from that meat-based diet, as he did when he settled in to life as an agriculturalist, he paid dearly for it with a devolution in health. Since the evidence is so obvious that a diet higher in saturated fat worked wonders for Paleolithic man, it seems like some academicians somewhere would ranger up and test such a diet. But it appears that the pox on saturated fat is so virulent that no one wants to risk it.

If such a study were done and the results tally with what I’m positive the results would be, the authors would find themselves in the untenable position of having to at least tacitly imply that saturated fats aren’t harmful. And that could ruin an academic career. No more invitations to present at meetings. Expulsion from the club. People tsk tsking behind their hands. It just couldn’t be done.
Posted by Aimee Lyons at 11:09 AM