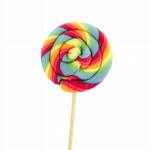 Your Genes Remember a Sugar Hit

A team studying the impact of diet on heart tissue found that cells showed the effects of a single sugar hit for 14 days. The cells switched off genetic controls designed to protect the body against diabetes and heart disease.

Regular poor eating could amplify the effect, with genetic damage lasting months or years, and potentially passing through bloodlines.


This finding lends even more credence to the phrase “you are what you eat.” When you eat sugar, not only do your genes turn off controls designed to protect you from heart disease and diabetes, but the impact lasts for two weeks!

Even more concerning, if you eat poorly for a long time, your DNA may become permanently altered, and the effects could be passed on to your children and grandchildren.

While you may not feel the effects of a poor diet immediately, in time health problems like diabetes, heart disease and others begin to surface.

What this all points to is even more support for the emerging field of epigenetics, which is the study of how environmental factors like diet, stress and maternal nutrition can change gene function without altering the DNA sequence in any way.

So in the case of eating sugar, it’s now known that this switches off good genes that protect your body from disease. This is just one of many reasons why you may want to seriously limit or eliminate sugar from your diet.

Is There a Good Diet for Your Genes?

Your genes are merely storage facilities; they have no intelligence. As I said earlier, what’s important is the expression of your genes, and your diet can certainly influence that.

Scientists are now uncovering that the reason why certain foods fight cancer or other disease is because of their impact on gene expression.

For instance, a substance called isothiocyanate in broccoli sparks hundreds of genetic changes, activating some genes that fight cancer and switching off others that fuel tumors.

So it is very clear that just as a bad diet can lead to negative changes in your genes, a good diet can lead to positive ones. As Associate Professor Assam El-Osta, from the Baker IDI Heart and Diabetes Institute team who led the above study on sugar, said in the Herald Sun:


"This is not all doom and gloom . . . we think there is good epigenetic memory as well for individuals who have a good diet, not only for themselves but potentially for future generations.

If you have had five years of bad control, where good genes are switched off and bad genes switched on, changing that for a couple of months to a good diet may not have a tremendous impact.

But going back to a good diet would have some effect 10 years later. Dieting doesn't work because what you ate two months or two years ago is going to be reflected now."

Eating healthy should not be just a fad or a phase in your life -- it should be an essential part of your lifestyle. And by eating well, you are helping your genes to express themselves in a positive, disease-fighting way.

For those of you who aren’t “perfect” eaters, there’s good news too. If you switch to a healthy diet now, it can have a positive impact on your health down the road.
Posted by Aimee Lyons at 5:01 AM